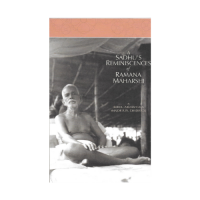 A Sadhu's Reminiscences of Ramana Maharshi

RAM071
₹50.00
In stock
1
Product Details
UPC: 9788188018376
Publication Year: Eight Edition- 2012
Author: Sadhu Arunachala
Material Type: Paperback
SADHU ARUNACHALA (Major A.W. Chadwick) of Sri Ramanasramam, Tiruvannamalai, is a prime example of prefect devotion to our Guru, Bhagavan Sri Ramana Maharshi. The name and fame of Bhagavan Sri Ramana dragged him from England to India on 1st November 1935, and having come to Bhagavan’s Supreme Abode he never returned, so naturally he has much to tell us not only of Bhagavan and his teachings, but also of many things that happened in Bhagavan’s Presence. In this book Sadhu arunachala gives us a peek in what he saw happening in Bhagavan’s Presence especially events that have gone unrecorded in the books of others. The Sadhu himself observes abouts Bhagavan in the Epilogue: “Though we talk as though he (the Master) were dead, he is indeed here and very much alive, as he promised, in spite of appearances.” This gives the clue to the Sadhu’s inherence in Bhagavan’s Home. Language: English
Save this product for later
Display prices in: INR