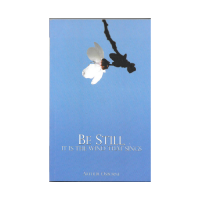 Be Still it is the wind that Sings

RAM070
₹160.00
In stock
1
Product Details
This anthology of articles and poems that he contributed to the journal under his own name and various pseudonyms complements an earlier volume, For those with Little Dust. included is a longer work on the 'question of progress' as well as 16 hitherto unpublished poems. Taken together, they form a powerful testament of the clarity and dedication he brought to bear upon his chosen task as a devotee of Sri Ramana Maharshi. Whether elucidating the subtleties of Bhagavan's life and teachings, bridging the apparent diversity of religious practice and belief, or simply surrendering to the exquisite inspirations of his Muse, Arthur osborne's energetic writings from the last decade of his life continue to strike an inner chord at the turn of the millennium.
Save this product for later
Display prices in: INR