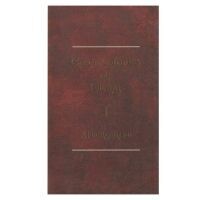 Commentaries on Living By J Krishnamurti (Set of 3 Books)

JK123
₹890.00
Out of stock
1
Product Details
During the 1930s and 1940s, Krishnamurti was intermittently keeping notes of his talks, his musings on nature and reflection on life, and discussions with individuals and groups. Apparently, it was Aldous Huxley who encouraged him to write in a sustained manner these commentaries on life, which consist of a series of dialogues with ordinary human begins whom they met in deferent parts of the world. The three volumes of Commentaries on Living represent an entirely new genre of writing a blend of lyrical descriptions of nature, philosophical reflections, and psychological insights, all informed by a deeply religious sensibility and couched in lucid, absorbing prose.
Save this product for later
Display prices in: INR