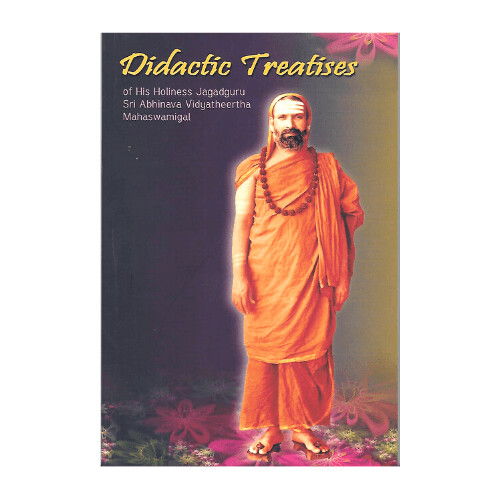 SM032
₹40.00
In stock
1
Product Details
His Holiness Sri Abhinava Vidyatheertha Mahaswamigal, who adorned the Sringeri Sharada Peetham as its 35th Shankaracharya, was a consummate Yogin, an unmatched authority on the Shastras and a deeply revered Jivanmukta. The greatly compassionate Jagadguru graced His innumerable disciples in many a way. His expositions of even the most complex scriptural topics were unfailingly clear-cut, simple to understand, delightful, and impactful while being technically accurate. This book contains the translations of seven immensely beneficial treatises penned by His Holiness in Kannada. The essays lay bare every aspect of bhakti; spell out the necessity and role of the Vedanta Shastra; delineate the scriptural teaching about the Truth, allied reasoning, the role of a Guru, and the realization of the Supreme; and highlight the greatness of Sri Shankara Bhagavatpada. Each essay is a treasure trove for seekers of spiritual knowledge and guidance.
Save this product for later
Display prices in: INR