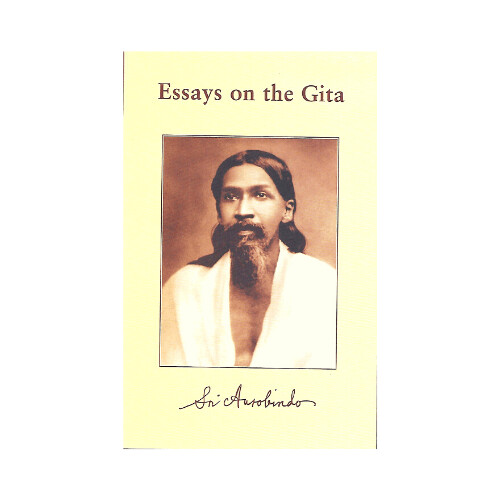 Essays on the Gita - Sri Aurobindo

SKU AURO04
₹275.00
In stock
1
Product Details
An exposition of the spiritual philosophy and method of self-discipline of the Bhagavad Gita. "Almost all spiritual problems have been briefly but deeply dealt with in the Gita", Sri Aurobindo remarked to a disciple, "and I have tried to bring all that out fully in the Essays". In his estimation the Gita is a great work of spiritual synthesis, for it built a "harmony between the three great means and powers, Love, Knowledge, and Works, through which the soul of man can directly approach and cast itself into the Eternal." "Our object in studying the Gita", Sri Aurobindo wrote, "will not be scholastic or academical scrutiny of its thought, nor to place its philosophy in the history of metaphysical speculation, nor shall we deal with it in the manner of the analytical dialectician. We approach it for help and light and our aim must be to distinguish its essential and living message, that in it on which humanity has to seize for its perfection and its highest spiritual welfare." Contents: Our Demand and Need from the Gita; The Divine Teacher, The Core of the Teaching; Man and the Battle of Life; Sankhya and Yoga; Equality and Knowledge; Above the Gunas; The Supreme Secret; etc.
Save this product for later
Display prices in: INR