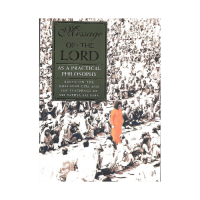 SS158
₹280.00
In stock
1
Product Details
The Bhagavad Gita is the Divine message that Lord Sri Krishna gave to Arjuna on the battlefield in Kurukshetra - that is as far as history is concerned. In point of fact, the Gita is the timeless Message and a spiritual manual for the whole of humanity. As Bhagawan Sri Krishna Himself has declared, the message was not new; only, the man had forgotten it and had to be reminded again. This volume is intended to help the reader to understand better not only the original Bhagavad Gita but also the Gitavahini and other related material in the rich world of Sai literature. The Bhagavad Gita consists of about seven hundred hymns so or slokas organized into eighteen chapters, representing the dialogue between Arjun and Lord Sri Krishna on the battlefield at Kurukshetra, It starts with Arjuna expressing some doubts and reservations about engaging in battle; thereafter the Lord takes over, and in the process of clearing the doubts also destroys Arjuna's delusion.
Save this product for later
Display prices in: INR