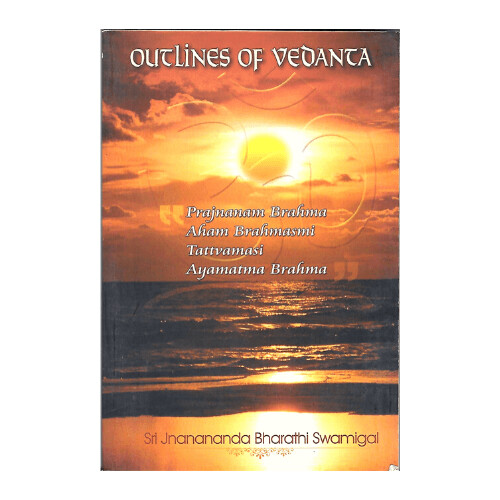 SKU SM031
₹100.00
In stock
1
Product Details
This is an extremely valuable publication on a theme that must be of eternal interest to mankind – the relationship of man and the universe to the Eternal.  The author expounds on the subject in accordance with the tenets of the Vedanta, in particular as interpreted by Sri Adi Shankaracharya. According to Vedas, there was, in the beginning, only the Supreme Being called Brahman.  Then the thought came to It – when or why or how it will be futile to speculate – “I shall become many”.  As a result, the five elements came into existence, and then the animates, including man.  Such is the story of the origin of the universe and it is thus narrated in this book. This work is primarily intended for those earnest students of Vedanta,  who find themselves lost amidst in expansive regions, like the person referred to in the Chhandogya Upanishad, and it is sure to prove an admirable guide to them.  It is simple and can be understood by all persons who have a mind to know, and it is not overloaded with technical terms or long and abstruse discussions.  Illustrations are freely given which makes the meaning clear beyond all doubt.  To those sincere minds who have been thrown into a state of doubt and skepticism by the advance of science, this book will bring fresh faith, hope, and happiness.
Save this product for later
Display prices in: INR