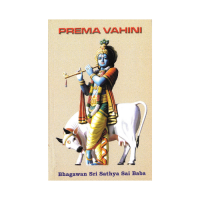 SS 095
₹47.00
Out of stock
1
Product Details
Prema Vahini (The stream of Divine Love) is the first in the series of Vahinis written by Bhagawan. He had declared that when he completes thirty-two years of his sojourn on earth, He would initiate His task of recreating and reforming man on the true basis of Dharma. in 1958, when He reached that moment, He blessed the venture of a monthly magazine, and He named it Sanathana Sarathi. it is significant that the very first series of articles that he wrote for the Sanathana Sarathi was Prema Vahini. These discourses are collected in this book, as they were first printed, in English translation. This pellucid stream of Vahinis which started with this supreme quality of Love meandered through lofty concepts like Dhyana, Prasanthi... and culminated in Leela Kaivalya Vahini.
Save this product for later
Display prices in: INR