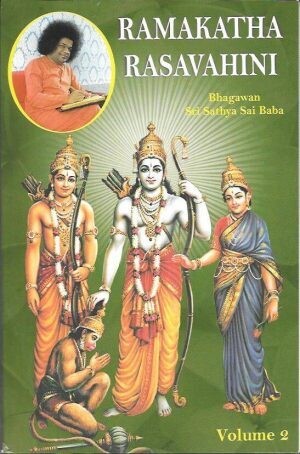 SS103
₹85.00
In stock
1
Product Details
Here is the never fading, ever fresh and fragrant Rama story retold in all its magnificence by none other than Sai Rama whose life it was in the Thretha Yuga. The Rama story, a stream of sacred sweetness, is a intensely human drama where God took the form of man and gathered around him, the perfect and the imperfect, the human and subhuman, the beast and the demon, to confer on us, by precept and example, the boon of supreme wisdom. The Story of Rama has struck root in the conscience of peoples the world over, prodding and prompting them along the paths of Truth, Righteousness, Peace and Love. Bhagavan Baba has so beautifully narrated the events which such vivid details that the reader can easily visualize them as and when they unfold. As one reads through the pages of this historic book once can acquaint oneself with the values that each character of this great epic tends to teach, which, if emulated would make life blissful to such an extent that the world would be a better place to live.
Save this product for later
Display prices in: INR