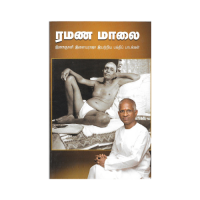 RAM077
₹50.00
In stock
1
Product Details
Ramana Malai: Music composer Ilayaraja, a collection of devotional songs composed by Lord Sri Ramana Maheshi. His songs released in the audio tracks are now published on the script. The Raman Mahalashi's condition is that the legendary person who lived in the body can easily understand the life of Guru Ramanan, even though the whole life of the end of life, Ilayaraja is a musicologist who has enchanted all of us and reads the lyrics of the song that has attracted everyone. Language: Tamil
Save this product for later
Display prices in: INR