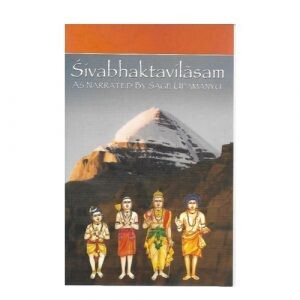 RAM049
₹200.00
In stock
1
Product Details
AS NARRATED BY SAGE UPAMANYU Devotees of Sri Ramana Maharshi are well aware that he was profoundly influenced by the Periapuranam containing the lives of the Nayanmars,the sixty three Saivite saints.Even after realizing the Self he prayed before the images of the Nayanmars at the Meenakshi temple that he may become a devotee like them! Sivabhakta Vilasam is similar to the Periapuranam and gives an account in Sanskrit of the lives of the Nayanmars. It has its origin in an episode in Kailasa when a congregation of rishis saw a brilliant light descending before them.
Save this product for later
Display prices in: INR