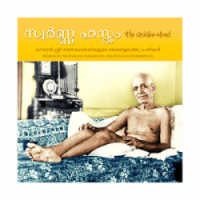 RAM119
₹150.00
Out of stock
1
Product Details
Bhagavan Sri Ramana Maharshi had attained the Supreme state of natural abidance in the Self, while still a school student in Madurai. During the 54 years of His stay at Tiruvannamalai, he had no obligation to fulfill, yet when people sought help, He obliged them beyond the human limit. One such act of His grace was that when devotees requested He copied hundreds of spiritual works in His own handwriting; in many languages. The more amazing fact is that He has written these without the marginal need of proper paper and a desk. Today these precious handwritings are well preserved in the Ashram Archives. This act of grace began first in Malayalam script, when for His aged attendant Palaniswami, a Malayali, Bhagavan started writing, while staying in Virupaksha cave. Today the Malayalam writing itself runs to more than a thousand pages which includes Bhagavan’s own compositions, some ancient texts as well as some works of devotees. Swarna Hastam – this compilation is one more of His innumerable acts of grace and is sure to gladden the hearts of devotees; especially the Keralites.
Save this product for later
Display prices in: INR