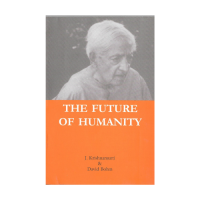 The Future of Humanity

JK 040
₹50.00
In stock
1
Product Details
The two dialogues which appear in this book took place three years after a series of thirteen similar dialogues between Krishnamurti and myself, which appeared in the book "The Ending of Time." [Harper & Row, 1985.] Therefore they were inevitably profoundly affected by what had been done in these earlier dialogues. In a certain sense, therefore, the two books deal with closely related questions. Of course, "The Ending of Time" can, because of its much greater length, go into these questions in a more thorough and extensive way. Nevertheless, the present book stands by itself; it approaches the problems of human life in its own way, and provides important additional insights into these problems. Moreover, I feel that it is an easier book to follow, and may therefore usefully serve as an introduction to "The Ending of Time." The starting point for our discussions was the question: "What is the future of humanity?" This question is by now of vital concern to everyone, because modern science and technology are clearly seen to have opened up immense possibilities of destruction. It soon became clear as we talked together that the ultimate origin of this situation is in the generally confused mentality of mankind, which has not changed basically in this respect throughout the whole of recorded history and probably for much longer than this. Evidently, it was essential to inquire deeply into the root of this difficulty if there is ever to be a possibility that humanity will be diverted from its present very dangerous course.
Save this product for later
Display prices in: INR