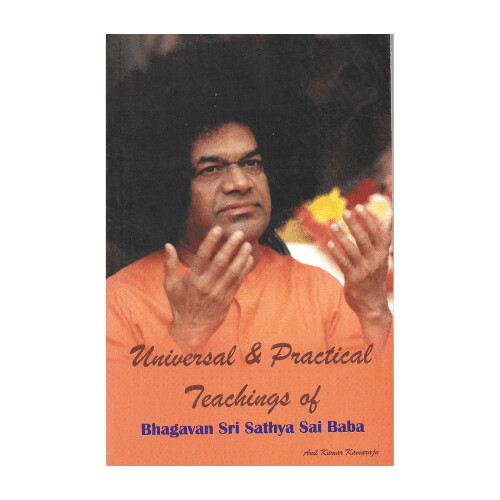 SS112
₹73.00
In stock
1
Product Details
In His first discourse given in the year 1968, on Vaikunta Ekadasi day, the Jagadguru exhorted the gathering to have deep and steadfast faith in God. He also added that the heart could become Vaikunta (abode of Lord Vishnu) itself, if man cleanses and purifies it. Bhagawan gave four discourses in Venkatagiri in March, in connection with Prasanthi Vidwan Mahasabha, while He delivered six discourses to the members of the World Conference of Sri Sathya Sai Seva Organisations and Prasanthi Youth in the month of May, in Mumbai. During His visit to East Africa, the only country Bhagawan travelled overseas, He gave three enlightening discourses to devotees in Kampala and Nairobi. Bhagawan also visited Anantapur in Andhra Pradesh, thrice, during this year, blessing eager devotees with His divine discourses. Devotees of Belgaum in Karnataka also had the rare privilege of having Bhagawan in their midst. He inundated their parched hearts with His darshan, sparshan, and sambhashan (vision, touch, and conversation). During the month of September, Bhagawan gave eight discourses in Prasanthi Nilayam, while this volume includes various other discourses of divine wisdom that He delivered to devotees in Prasanthi Nilayam. In all, this volume contains 45 discourses that Bhagawan gave during the year 1968.
Save this product for later
Display prices in: INR