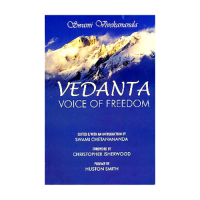 ADV039
₹135.00
Out of stock
1
Product Details
Once Swami Vivekananda had made a prophetic statement when he said: ‘I have a message to the West as Buddha had a message to the East’. What was his message? It was Vedanta. And by compiling this selection from the Complete Works of Swami Vivekananda the compiler has performed a most valuable task in keeping before the readers that grand message. Moreover, nothing needs to be mentioned about the electrifying words of the great Swami that have been resounding that voice of freedom ever since they were first uttered.
Save this product for later
Display prices in: INR